Origin of a Boatyard - Reprinted from The Register

There was much that went into its origin. In the first place I had summered on Cape Cod for 18 years, and I definitely didn't like city life. I found myself becoming tied to it. I enjoyed my work with two different steamshipping companies, but I was in the office at a desk and saw little of ships and the sea except on paper. Had I been assigned to the docks I would have been much happier. Had I been able to go to sea on one of the vessels I would have been delighted... 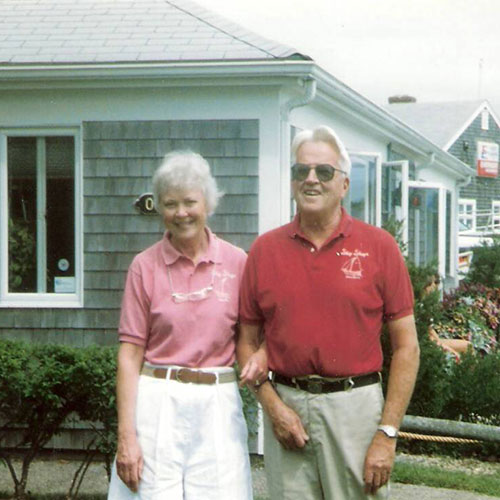 Once on the Cape train there was that delightful smell of salt marshes at Wareham, and flowering beach plum framed the sand dunes at Barnstable. If I was to make the move I must act soon before I got caught up in a trap of city life...

Two things happened while I was on the Cape that hastened my decision. I talked with Charles Henry Davis. We worked out a scheme that I would come to the Cape for a summer and make his riverfront boathouse into a store, and sell off the marine hardware and supplies left over from his yachting days. I could run a marine operation on his Bass River shore. It has great appeal. I would be my own boss, working for myself, using my own ideas, and putting my full energy into all I did. I would be dealing with things I loved, boats. I would be away from the city and living by the river.

...During the summer the shop was a hive of activity. It was headquarters for the Bass River Yacht Club for almost 20 years. Many young people worked for us in the days before the minimum wage. Some got as much as a dollar a day, and their family would have paid twice that price to have them out from under foot. They themselves would often have paid to be where the action and the pretty girls were. The the boat yard was born.

...From these humble beginnings, with the fish shanty as my office and the gasoline house as a storage and working shed, my boat yard began anew. We built a crude pier out over the marsh and added onto the shanty, so I could live there. Electric light and telephone were brought down from Pleasant Street on a pole line. We were in business again, with a sign almost as big as the establishment.

That was yesterday's Ship Shops - the only resemblance that remains is Ted Frothingham's house which has been revised and expanded.

Allan, an experienced competition sailor, brought his new bride to Ship Shops, in 1957, to continue to provide a home to the sailors, fishermen, and ever increasing powerboaters.

The size and number of boats were growing - and Ship Shops needed to grow too. The marsh soon became beach, bulkheads, and the slips for motorboats. The Beetlecat and Knockabout races of Frothingham's day, graduated to Wianno competition.

A new store with offices was erected in the 60's, and the antiquated machine shop was replaced with a more sophisticated mechanics building.

More than a half century since Ship Shops' birth, it is still changing. The recently renovated store is now a lovely showplace in step with the 80's. Although, basic marine necessities are still the nuts and bolts of Ships Shops, you can also find fashion accessories, nautical gifts and sophisticated boating instruments.

Ship Shops certainly has grown since Charles Henry Davis' boathouse. In the past 60 years Ships Shops has become one of the oldest and most experiences boatyards on the Cape. You will find this nautical treasure off, aptly named, Pleasant Street, parallel to Bass River in South Yarmouth. It's worth the hunt.

--- Story from The Register

Since Allan Priddy's passing in 1998 and Ruth's passing in 2011, their daughter Alyson and her husband Marty Taubert have continued to run the family business. Ship Shops now employs 12 people year round adding 3 more in the spring /summer season. The business is constantly upgrading to keep up with demands of the next generation of boaters. Some of the more recent renovations have been replacement of the old "A" shed motor storage building, the underground fuel storage tanks have been replaced with a larger state of the art above ground tank system and rebuild of approximately 1000' of bulkhead. We continue to offer full service on all brands of gasoline and diesel engines with 5 factory trained techs on Mercruiser, Johnson and Evinrude engines. Hauling and storage for boats up to 50'. Seasonal slip rental for 40 boats plus in/out rack service. We also offer a ship's store with gasoline and diesel at our fuel dock

In the 2006 season we upgraded the bulkhead, resurfaced the front bulkhead road and service area and replaced the big forklift with one of larger capacity.

Our commitment to our customers and the environment continued in 2007. We completed the upgrade to our underground fresh water system. The parking lot was re-graded and resurfaced for better drainage and ease of access. We purchased a new TAYLOR forklift with a larger capacity. This will enable us to serve our customers growing needs. 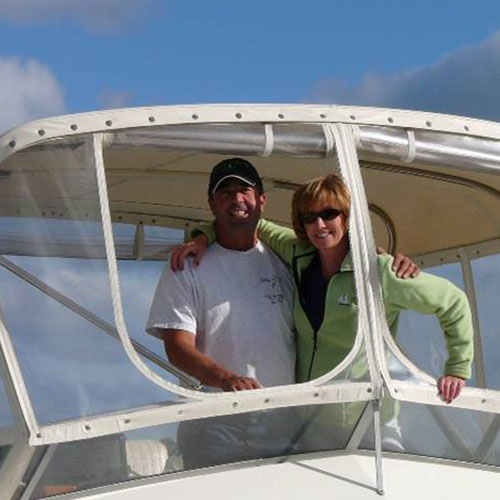